13 of Squigly's old color palettes used in the Beta 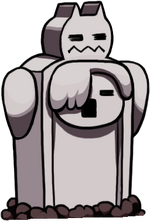 Squigly featured in one of covers of Skullgirls' Facebook page

Commission of Squigly and Red

Commission of Squigly and Ryūko

Squigly with Parasoul and Filia

Squigly with Parasoul and Filia (coloured)

The Horrible Nightmare of Frightening Legacy! The Singer's Name is Squigly!!

Sienna moments before being killed by Black Dahlia.

Squigly's mother being the Skullgirl.

Squigly being reawakened in her Story Mode.

Squigly after breaking out of her coffin

Squigly as she appears at the end of her Story Mode.

Filia and Squigly preparing for battle. Official image of Squigly in game.

A better look of Squigly in game 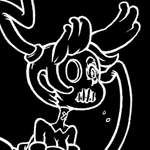 Retrieved from "https://skullgirls.fandom.com/wiki/Squigly/Gallery?oldid=39328"
Community content is available under CC-BY-SA unless otherwise noted.