Peacock drawing on a whiteboard

Art of Peacock from the credits

Art of Peacock from the credits

Model sheet showing the size difference between Peacock, Avery, and a George Bomb

Peacock being kicked by Filia

Peacock with Filia and Parasoul

Concept art of Peacock being rebuilt

Sketch by Alex Ahad of Peacock before she was mutilated 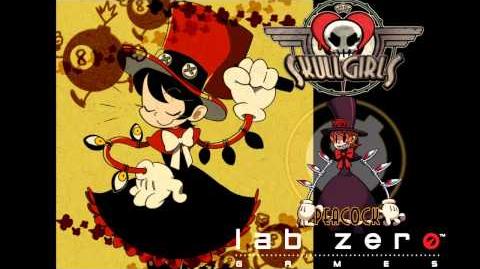 The beginning of Peacock's story mode

Peacock in her pajamas

Peacock and her cronies

Marie tells Peacock why she became the Skullgirl

Peacock with the Skull Heart

Peacock faces off against Black Dahlia

Peacock, with Big Band, at the end of his story mode

Peacock's second win stance (activates randomly 1/6th of the time, or hold HP to choose it) Implemented into the Skullgirls ∞Endless Beta∞ on April 23nd, 2015 and was originally a finished animation that went unused in the final game. (animated)

The end of Peacock's Goodfellows Blockbuster

Double transformed into Peacock during her Bandwagon Rushdown Blockbuster 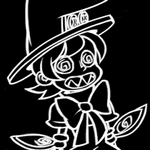 Peacock's unused intro animation; it was removed due to too large a file size

An unused story mode graphic of Peacock grinning at her mutilator.