Keep Skullgirls Growing! is the name of Skullgirls' Indiegogo fundraising campaign, held to support the creation of new DLC characters for the game. Held from February 25 to March 27, 2013, the fundraiser pulled in a staggering $828,768, enabling Lab Zero Games to continue their work on Skullgirls far into 2014.

Due to unfortunate circumstances, the entirety of the Skullgirls team was laid off early during Squigly's development, meaning work on her ended entirely for a period of several months. After the Skullgirls fan-base managed to raise over $80,000 for Skullgirls to go to EVO, Lab Zero unveiled what was finished of Squigly, and announced their intentions to start a crowd-funding donation drive to complete her and potentially fund even more characters down the road.

Fundraising for Squigly began on February 25, and in less than 24 hours the campaign goal was met. Throughout the remainder of the fundraiser, the community continued to hit stretch goals, allowing the development team to add in new characters, stages, story modes, voice packs, and more. 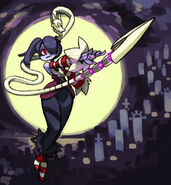 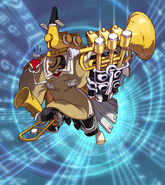 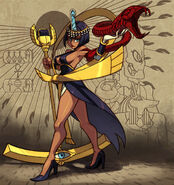 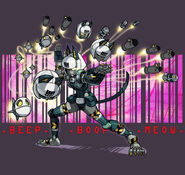 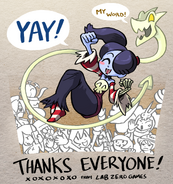 A Thank you message from Lab Zero after Squigly got funded. 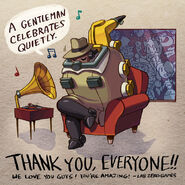 A Thank you message from Lab Zero after Big Band got funded. 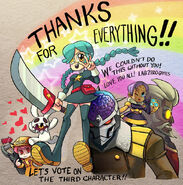 A Thank you message from Lab Zero before the vote on the third character.

Image depicting all DLC characters funded by the campaign