What's on your mind?

I've been obsessed with the skullgirls artstyle so I made my own skullgirls fighter. I'll post again when I do the lineart, coloring, and shading, maybe even fix and add some stuff there, I'll also write a biography about her 💁‍♀️ 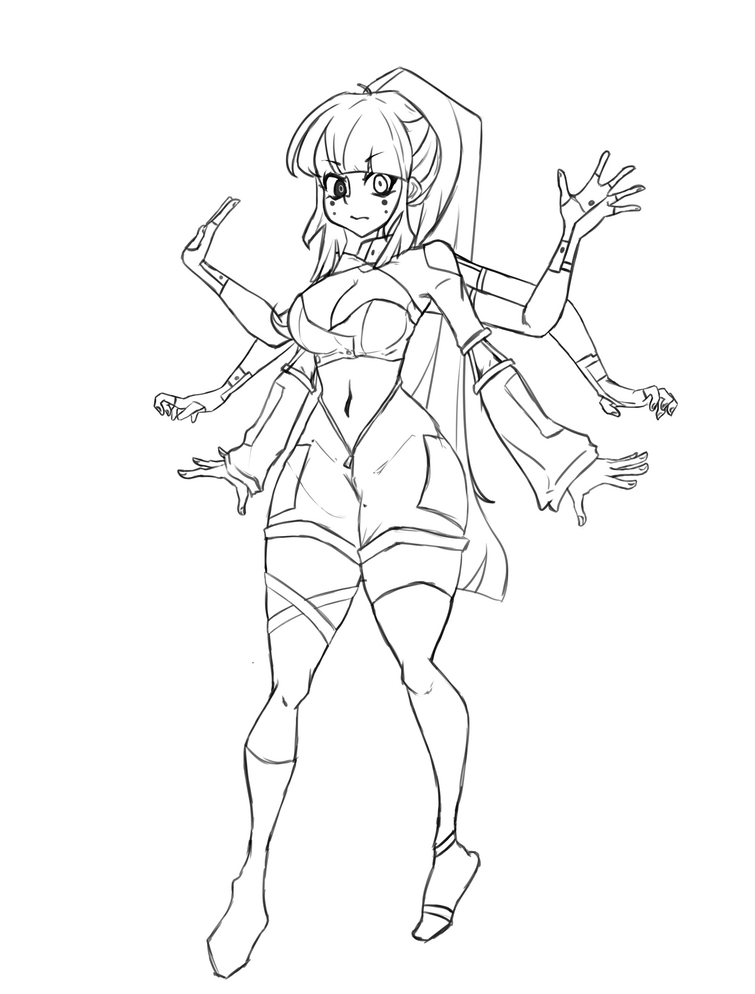 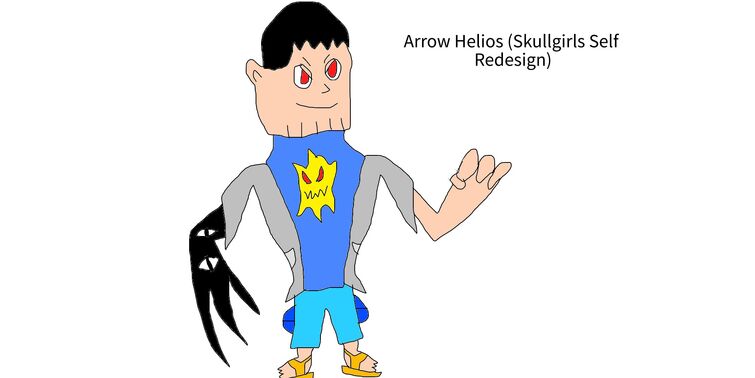 Arrow Helios is a young teenager who lives in a wealthy house with a perfect family and never had a single problem in his life until the day he met Sid Deal Er. Sid offered him a parasite named Shadow with the ability to create and manipulate shadows to use in his advantage. Arrow accepted the deal and has become a strong fighter against any bad guys which earns him the love and respect of Filla who eventually fell in love with him

i just got the game

how i play it?

Hello, i have the following question to ask you:

Should we add the Whiteboard funny/interesting/amazing/weird draws from RevergeLabs' flickr account to the characters' galleries? Since these are official drawns i'm surprised these aren't in the galleries yet.

That's my question, thanks.

So, recently ive decided to set a game in a TTRPg in Canopy Kingdom.

It works a bit like this. If you belong to a certain Faction or Place, you know more or less information about the lore.

For example, if you are a Medici goon, you know Medici-related stuff, such as that the Life gem has been stolen and about the immoral and illegal stuff that is done there, but you know nothing about Lab Zero, for example.

I think that is a nice mechanic, but i still have some doubts.

Is there some information that i should exclude at first to prevent metagaming or excessive knowledge-.

I've written up the barebones of Filia's Story Mode transcript including who she fights against on what stage. I need someone willing to help in not only checking against the actual game for any mistakes and to write/add stills from the game.

In addition: the template for the cutscenes are... outdated. Should there be a new template made for the transcript?

The page is here btw. I'll add the dialogue shortly:

Is it possible to add affiliation and relatives sections to the character boxes?

This needs to be deleted. it has been empty for over 7 years. New players try to look up frame data and find an empty page as one of the top results. If that isn't the most red flag thing to see as someone picking the game... Here is how to delete a page, admins.

Is there anyway she could be reworked, or is she good as is? What do you think of her viability and is she fun to play to you?

I got a text in my game saying "What is the square root of a fish? Now im sad"

Is this some bug?

I had a whole section written up for Annie's design, but when I went to review my changes, it ended up getting stuck loading, and I was unable to go back to editing, or save my changes, meaning that I need to redo the entire section.

This is most likely only affecting this wiki, since I've had no other problem with this on any other wiki.

Where's the lead admin on this wiki, or do you guys not have one? i'm a fan of skullgirls too and i noticed that there's a user adding false information. (adding brody foxx from the yo mama channel and claiming there will be a crossover)

Keep in mind that when i say crossover i mean a brand new game with Skullgirls and Shantae Characters and Worlds,not just Shantae as a guest character in Skullgirls

I'm new to the Skullgirls wiki and fandom wikis in general, I wanted to edit Annie's infobox to match up with the info in Skullgirls Mobile, but I have no idea how to do that. Can someone help me out?

Is everything working correctly after the UCP migration? 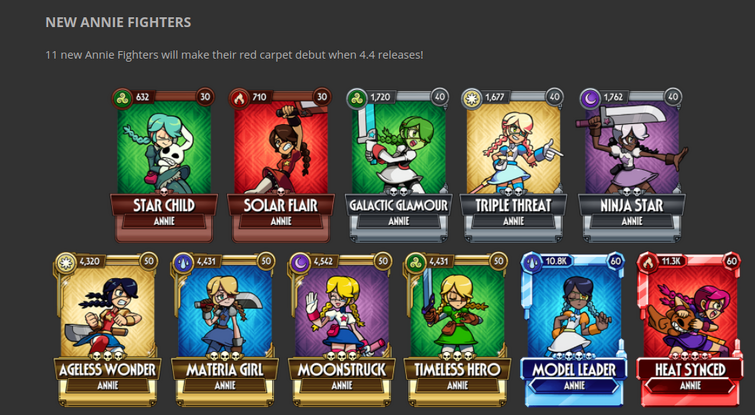 I haven't had the luxury of getting her yet. Does she remind anyone else of Star Butterfly?

If you were not already aware, please read this blog post about changes that are coming. Specifically, the Forums, Message Walls, and Article Comments are being replaced by newer tools. For a detailed FAQ about the Forums retirement, see this post.

(edited by A Fandom user)

Today, my copy of Skullgirls was finally delivered by Limited Run Games, and in the booklet, at the very end, are notes from various staff members that worked on the game, giving trivia on each playable character. On Cerebella's notes, her real name is revealed to be 'Cassandra Veranos'. I can't provide proof, but if anyone can, it'd be worth making the change to her page.